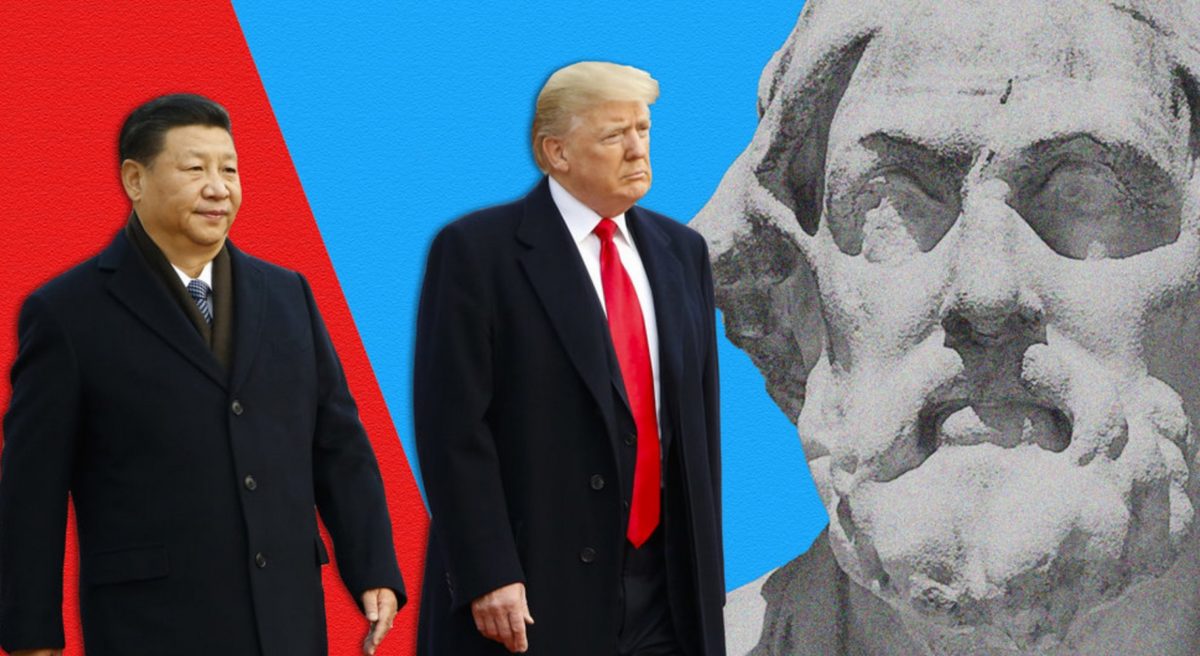 If you receive your news via Donald Trump tweet, or courtesy of proclamations by Larry Kudlow, you’d be forgiven for eagerly anticipating a groundbreaking U.S.-China trade deal to be announced imminently, and thinking such a deal will save the global economy from rolling over into a serious downturn as well as pacify geopolitical tensions between the number one and number two economies in the world. However, if you expect these things, I don’t think you’re paying attention.

Before we get a little into the weeds, let me be clear that I have no idea what Trump and Xi will, or will not, announce regarding trade. Trump seems fanatically obsessed with the stock market, and Xi’s been dealing with an economy in a tailspin. It’s certainly possible they come up with some sort of agreement they think will restore confidence in the global economy and convince people the last few months were nothing more than a “glitch.” It’s also important to understand this positive outcome appears to be assumed by the stock market and investors generally. Anything less might be seen as a colossal disappointment.

For a little background to this perspective, I suggest reading December’s post, Is U.S. Geopolitical Strategy Experiencing a Monumental Shift?, in which I concluded:

I’ve now seen enough to seriously consider that we may be entering an entirely new geopolitical environment dominated by vastly increased tensions between the U.S. and China. If so, it will likely last a lot longer than you think as leaders in both China in the U.S. will be looking for a scapegoat as their crony, financialized economies struggle under unpayable debt and unimaginable levels of corruption.

Trump’s tweets and some dog and pony show trade deal won’t change any of what I outlined in that post. In fact, as we’ll see later, real tension under the surface of silly news headlines continues to build.

The U.S. and China are quite clearly entangled in a modern version of Thucydides’s Trap, in which an ascendant power (China) is viewed as an existential threat to the existing power structure (USA global empire Inc.). As such, I see the trade war as merely one prong in U.S. efforts to “put China in its place” and absolve it from any fantasies of a multi-polar world. It’s also pretty clear the Chinese understand this. How could they not, considering the Pentagon’s been pretty explicit recently regarding how it views China in the context of global power.

The Defense Intelligence Agency’s first public report on Chinese military capability reflects mounting concern within the U.S. government that the United States is not moving quickly enough to respond to Beijing’s rapid military rise or its efforts to dominate American allies in the Pacific…

The assessment by the Pentagon’s intelligence agency comes as the U.S. military begins reshaping itself to counter powers such as China and Russia after nearly two decades of focusing on counterinsurgency and anti-terrorism operations. Though then-Defense Secretary Jim Mattis released a new national defense strategyin January 2018 outlining the goals, the Pentagon is still working on implementing them, with officials promising that proof of the transformation will be visible in the department’s 2020 budget request, which is due out next month.

It seems many people wish to believe the trade war is some Trump-driven wild goose chase and that once he signs a deal or is out of office things will go back to the way they were with U.S.-China relations, but this is wrong. The tensions between China and the U.S. reflect a power struggle between ascendant and dominant powers that’s been observable for millennia. There’s nothing new under the sun.

What we’re looking at is a very serious, long-term geopolitical confrontation that will resolve itself only after much pain on all sides. Either the U.S. will consolidate its dominance as the sole superpower on earth replete with a global empire of vassal states, or China, Russia and others will succeed in ushering in a more multi-polar world and a possible bifurcation of the global economy. My money’s on the latter.

Importantly, China understands what the trade war is really about. It’s about ensuring continued global economic and geopolitical dominance by the U.S. empire. As such, if they agree to any deal that structurally disadvantages China’s long-term strategic objectives, they will simply not follow through.

As Michael Ivanovitch describes so perfectly in a CNBC article published earlier today:

Looking at the existential economic issues of that relationship, it is enough to read the last Wednesday’s Congressional testimony of U.S. Trade Representative Robert Lighthizer to understand that the U.S. and China are on a permanent collision course.

Seeking to balance its trade accounts and reduce China’s nearly half-a-trillion-dollar surplus on U.S. goods trade, Washington is hitting Beijing’s most sensitive red lines. Indeed, the U.S. is demanding enforceable structural reforms to put an end to intellectual property thefts and forced technology transfers. The U.S. also wants to eliminate China’s non-tariff barriers to trade, such as industrial subsidies, as well as regulations, licensing procedures, technical standards and other practices that discriminate against U.S. businesses and give an unfair advantage to their Chinese competitors…

If you stop and think about the nature of China’s structural reforms, and the enforcement procedures needed to ensure that those reforms are implemented, it is clear that a U.S.-China trade deal would establish an effective American oversight of China’s economy — with a permanent threat of trade tariffs…

And then, the U.S. also wants to control China’s monetary policy.

Can anyone really believe that a great power like China would agree to such a pervasive American control over its economy?

The ongoing trade negotiating process will just reinforce China’s conviction that the U.S. is out to disrupt its economy, create dissent within its political system and foment social strife.

Moreover, if you follow what’s going on beneath the surface of happy trade headlines, tensions are increasing. With Canada beginning the extradition process for Huawei CFO Meng Wanzhou, the Chinese have now formally accused two arrested Canadians of espionage.

China has accused two Canadians of spying, as tensions between the nations grow over the possible extradition of a Huawei executive to the US.

Michael Kovrig, a former diplomat, and Michael Spavor, a businessman, were detained in December after Meng Wanzhou was arrested in Canada on suspicion of fraud and breaching sanctions on Iran…

It said that Mr Spavor “had provided intelligence to Mr Kovrig and was an important intelligence contact of [his]”.

Meanwhile, Zhang Yesui, spokesman for the National People’s Congress just accused the United States of violating World Trade Organization rules, Huawei is preparing a lawsuit against the U.S. government in Texas, and Intel abruptly walked away from 5G modem alliance with a Beijing-backed chipmaker.

If your view on China-U.S. relations is informed by headlines, Trump tweets and stock market rallies you’d think the trade war is some irrational Trump-fueled nuisance, and that once this gets resolved we’ll all go back to the way things were. But that’s not going to happen. At the root of China-U.S. tensions is a struggle for global power and dominance, and I don’t see either side giving in on their ambitions any time soon. Prepare accordingly.

Liberty Blitzkrieg is now 100% ad free. As such, there’s no monetization for this site other than reader support. To make this a successful, sustainable thing I ask you to consider the following options.

You can become a Patron.

You can visit the Support Page to donate via PayPal, Bitcoin or send cash/check in the mail.

7 thoughts on “Don’t Believe the Hype – Expect a Worsening of U.S.-China Relations”