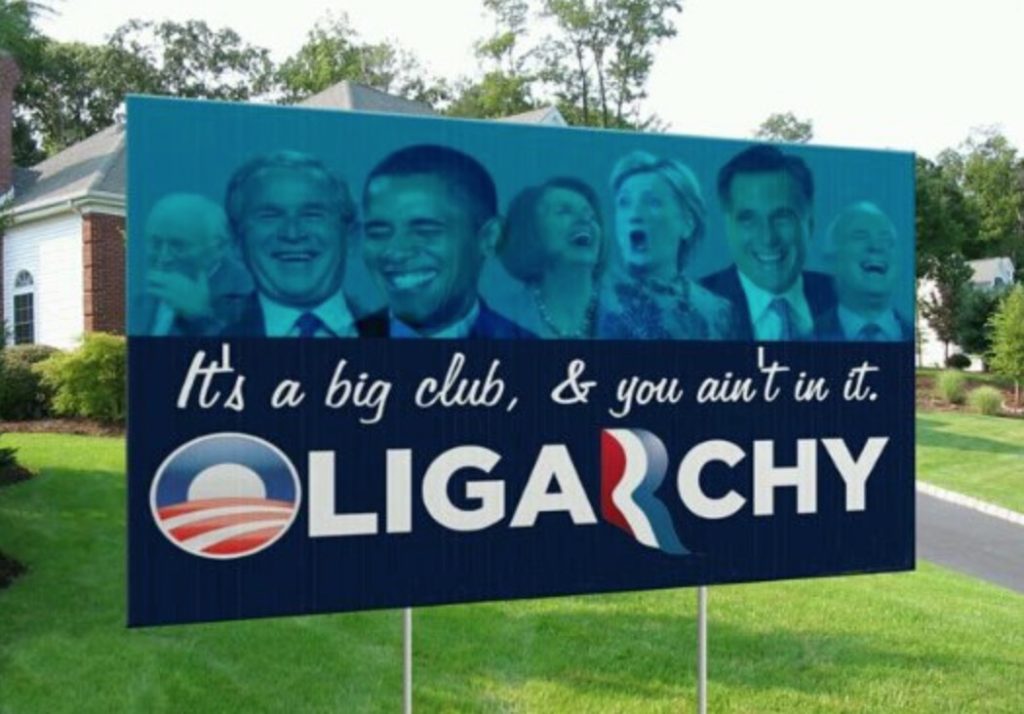 This is an economic fight, but this is also a political fight. The biggest financial institutions aren’t just big – they wield enormous political power. Last December, Citibank lobbyists wrote an amendment to Dodd-Frank and persuaded their friends in Washington to attach it to a bill that had to pass or the government would have been shut down. And when there was pushback over the amendment, the CEO of JPMorgan, Jamie Dimon, personally got on the phone with Members of Congress to secure their votes. How many individuals who are looking for a mortgage or a credit card could make that call? How many small banks could have their lobbyists write an amendment and threaten to shut down the US government if they didn’t get it? None. Keep in mind that the big banks aren’t trying to make the market more competitive; they just want rules that create more advantages for themselves. The system is rigged and those who rigged it want to keep it that way.

This is probably one of the most important posts I’ll write all year. The reason is because in order to displace the current paradigm, the public needs to deeply and intellectually understand exactly where the real cancer resides.

I never liked the saying: “We are the 99%.” While admittedly catchy and effective as a slogan, I think it is ultimately divisive and counterproductive. The reason I say this is because the statement itself alienates much needed allies for no good reason.

In a country with a population of 320 million, the 1% represents 3.2 million people, which is a pretty big number. While the 1% certainly have far superior material lives compared to the 99%, that doesn’t mean a particularly large percentage of them are thieves, cronies or oligarchs. In fact, it behooves people interested in transitioning to another paradigm to court as many of them as possible to the cause. It is very useful to have well meaning people with resources and connections on your side. To blithely assume there aren’t plenty of potential allies from a pool of 3.2 million is committing strategic suicide. Indeed, John Hancock came from one of the wealthiest families in the American colonies in the run up to the Revolution, yet he isn’t remembered by history for his family’s tremendous wealth, but for his signature: 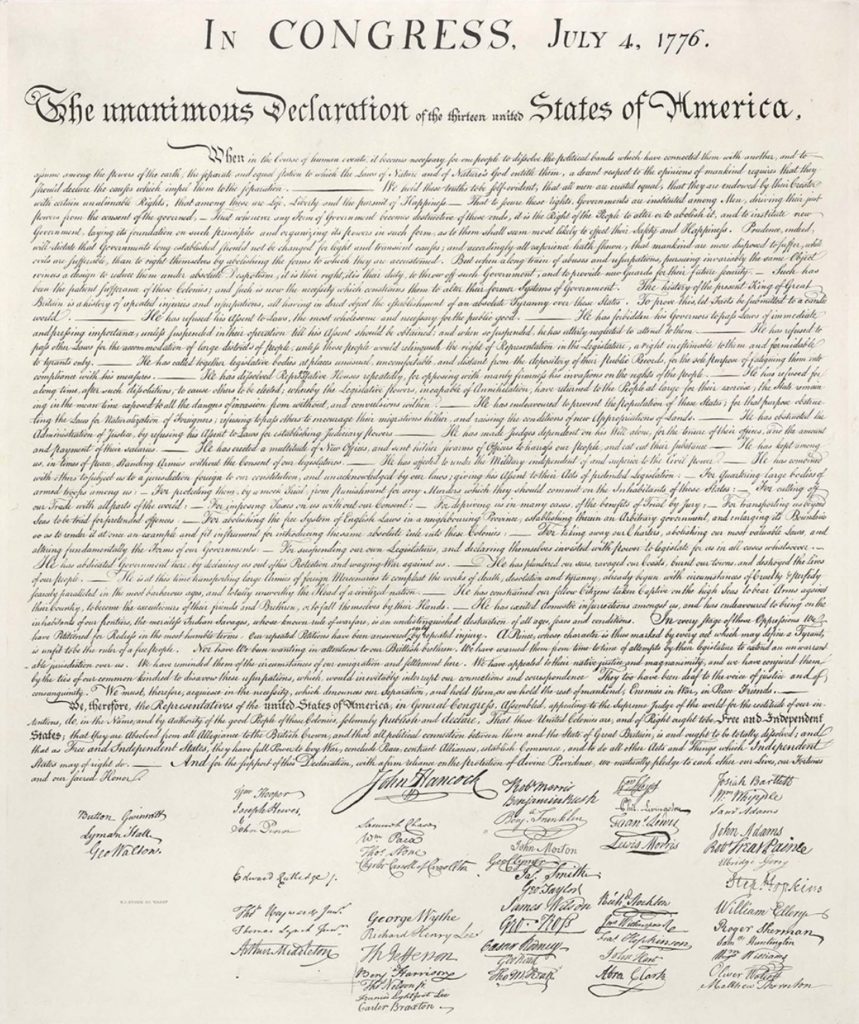 The moment you proudly espouse, “I am the 99%,” you are being tribal and open yourself up to irrational thought. You are essentially saying 3.2 million of your countrymen and women are in some way the enemy merely because of their income. You are lumping a lot of very decent — albeit wealthy — people inappropriately into the oligarch bucket. While many of them are indeed oligarch wannabes or their well paid henchmen, many of them are not. You create a barrier between yourselves and them. This works to make many of the 1% reflexively align with each other when they should be aligning with you. It’s a pretty stupid strategy to alienate millions of people you know nothing about.

The root of the problem is the oligarchy, run by, well, oligarchs. Here is how I defined the term in the post: Inside the Mind of an Oligarch – Sheldon Adelson Proclaims “I Don’t Like Journalism.”

In a nutshell, while many oligarchs are extremely wealthy (or have access to extreme wealth), not all people with extreme wealth are oligarchs. The term oligarch is reserved for those with extreme wealth who also want to control the political process, policy levers and most other aspects of the lives of the citizenry in a top-down tyrannical and undemocratic manner. They think they know best about pretty much everything, and believe unelected technocrats who share their worldview should be empowered so that they can unilaterally make all of society’s important decisions. The unwashed masses (plebs) in their minds are unnecessary distractions who must to be told what to do. Useless eaters who need to be brainwashed into worshipping the oligarch mindset, or turned into apathetic automatons incapable or unwilling to engage in critical thought. Either outcome is equally acceptable and equally encouraged.

So oligarchs are the problem, but there aren’t 3.2 million of them. In case you missed it the first time around, I discussed this in the post, Where Does the Real Problem Reside? Two Charts Showing the 0.01% vs. the 1%. In that piece, I highlighted the following chart, which showed how the 1% has more or less been treading water while the wealth of the 0.01% has exploded in recent years: 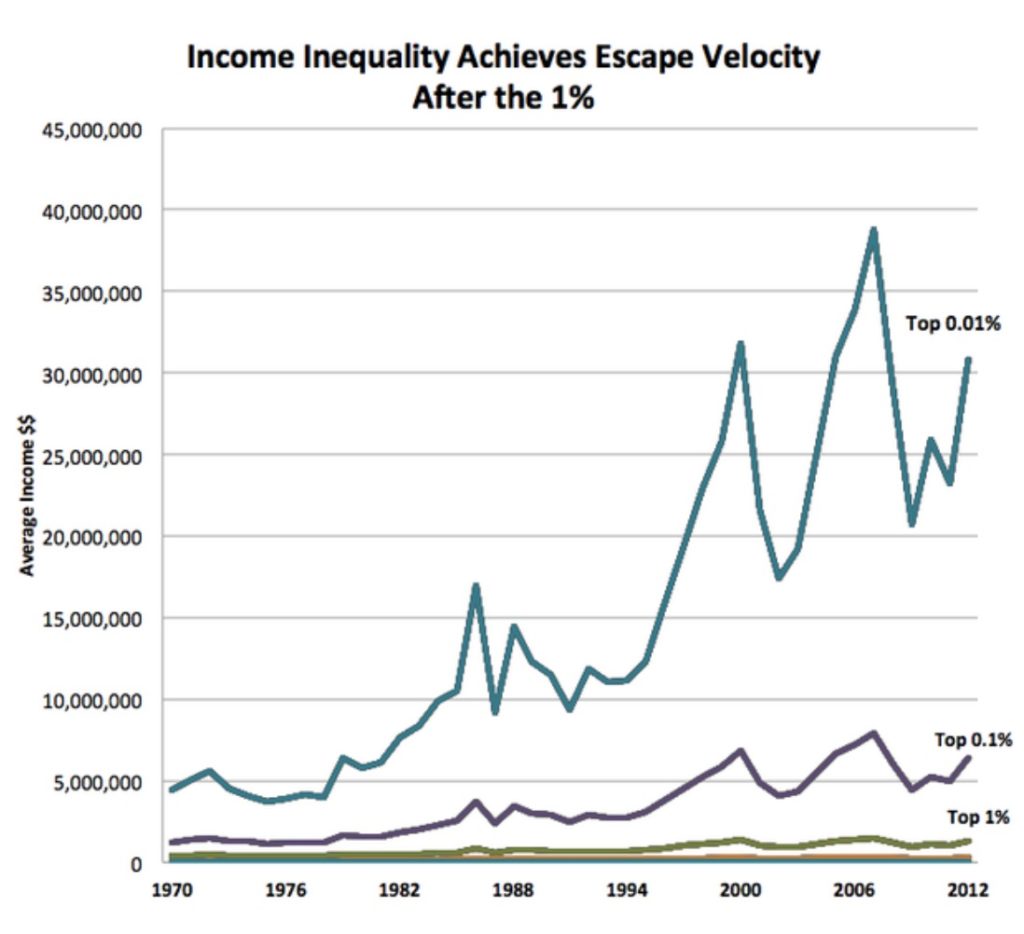 While that chart is disturbing in its own right, over the weekend, I came across another one that simply blew me away. It was from Palo Alto based political data compiling company CrowdPac, and it showed the percentage of political contributions emanating from the 0.01% of income earners. Here is what it showed:

You’ll notice a couple of trends from the chart above, but one that is crystal clear is that although the trend has been higher for decades, it hit escape velocity since the bailouts (and the Citizens United decision). These two things resulted in an increased concentration of wealth and power in the hands of the oligarchy (the bailouts), and provided an avenue for this wealth and power to be wielded (Citizens United). The bailouts did very little to help the American economy, but served as a mind-boggling windfall for the plutocracy.

There are roughly 250 million adults in America, so 0.01% of that is about 25,000 people. I would argue even this number is too high. In fact, I want to find out information about what percentage of political contributions come from the 0.001%. That number will probably get us much closer to the root of the problem. It is far more possible and efficient to closely monitor 2,500 people as opposed to 25,000. After all, 25,000 people don’t regularly call Congress and get the specific legislation they want passed. 25,000 people don’t have a direct line to the Federal Reserve, but people like Jamie Dimon do, and it is these people we must watch like hawks. If we can zero in on the 2,500 wealthiest people, we can also efficiently pick out the worst offenders, as opposed to just demonizing people based on wealth, even within the 0.001%. You can’t easily separate the good from the bad with a sample of 25,000 people, but you can with 2,500 (and that smaller group has much more pull anyway).

Far fewer people are calling the shots in America than you could ever imagine, and we must zero in with laser like precision on them, as opposed to alienating 3.2 million people. A more accurate slogan would be: “We are not the Oligarchy.”

When Asked if the U.S. is a Capitalist Democracy or Oligarchy, Janet Yellen Can’t Answer…

New Report from Princeton and Northwestern Proves It: The U.S. is an Oligarchy

23 thoughts on “Charting the American Oligarchy – How 0.01% of the Population Contributes 42% of All Campaign Cash”