If these people are radicalized and don’t support the United States, and they’re disloyal to the United States, as a matter of principal that’s fine, that’s their right. It’s our right and our obligation to segregate them from the normal community for the duration of the conflict.

Noting that the recent tyrannical, entirely anti-American comments made by General Wesley Clark during a MSNBC interview are statist and disturbing would be the understatement of the century.

What General Clark is advocating in no uncertain terms is that the U.S. rewrite its laws to allow for the internment of Americans who the government feels have engaged in thought crime. Mind you, laws on the books are sufficiently strong to punish people engaged in actual criminal behavior. What Clark is suggesting is forcibly separating people based on their political views.

Sure, he couches it in the war against ISIS (an entity created by U.S. government foreign policy), but once you make it policy to disappear people based on one particular type of thought, it will quickly spread to other undesirable political views.

Please share this video with everyone you know. It’s that crazy:

The interview is so fascist, desperate and creepy you wonder why General Clark is willing to say such totalitarian things. Does he owe powerful people favors for his crime of telling the truth about the Iraq war  many years ago when he outed U.S. Plan To Invade Iraq, Syria, Lebanon, Libya, Somalia, Sudan, and Iran right after 9/11?

Perhaps he has to make certain amends to his overlords, recall that he took a job with financial giant Blackstone a couple of years ago: Meet the Military-Industrial-Wall Street Complex: Blackstone Hires General Wesley Clark. 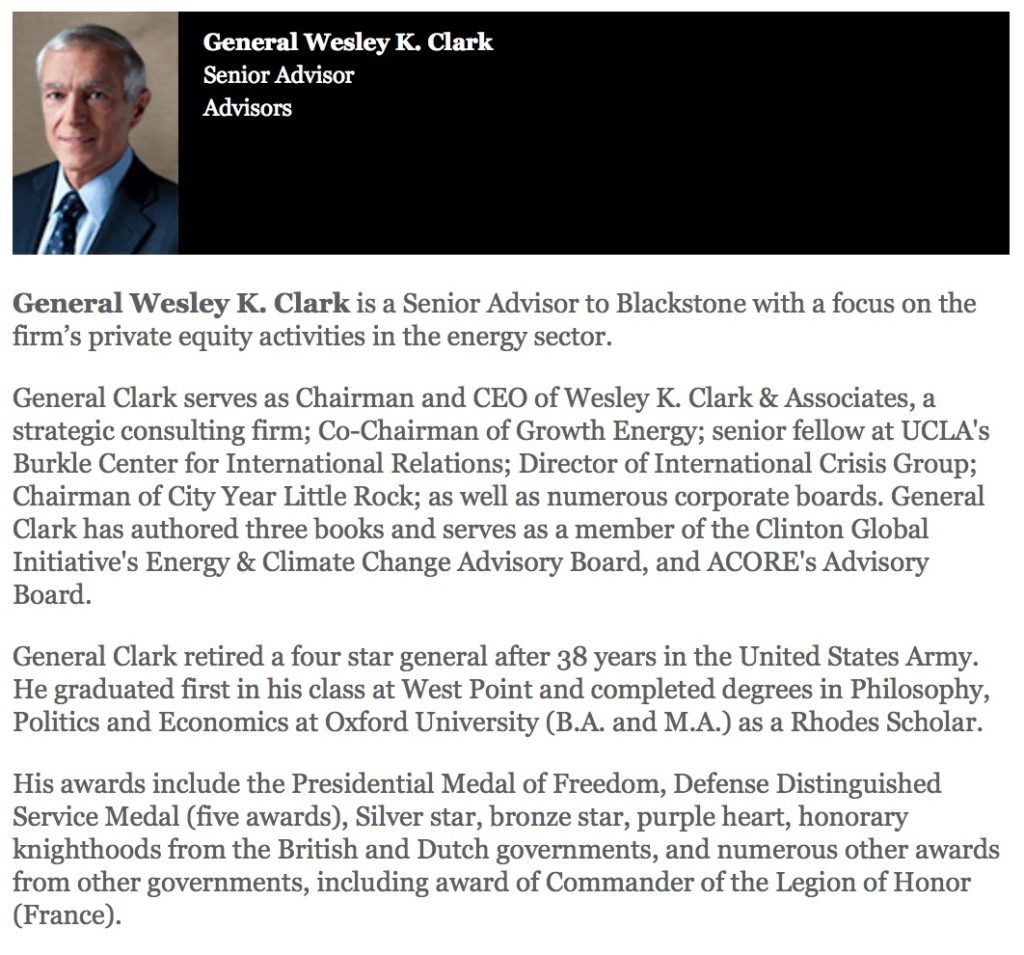 I wonder, did MSNBC mention that General Clark works for Blackstone? Moreover, what should happen to foundations that accept money from countries directly funding ISIS? Should their founders also be placed in internment camps? Seem like Hillary and Bill might qualify for such treatment: Hillary Clinton Exposed Part 2 – Clinton Foundation Took Millions From Countries That Also Fund ISIS.