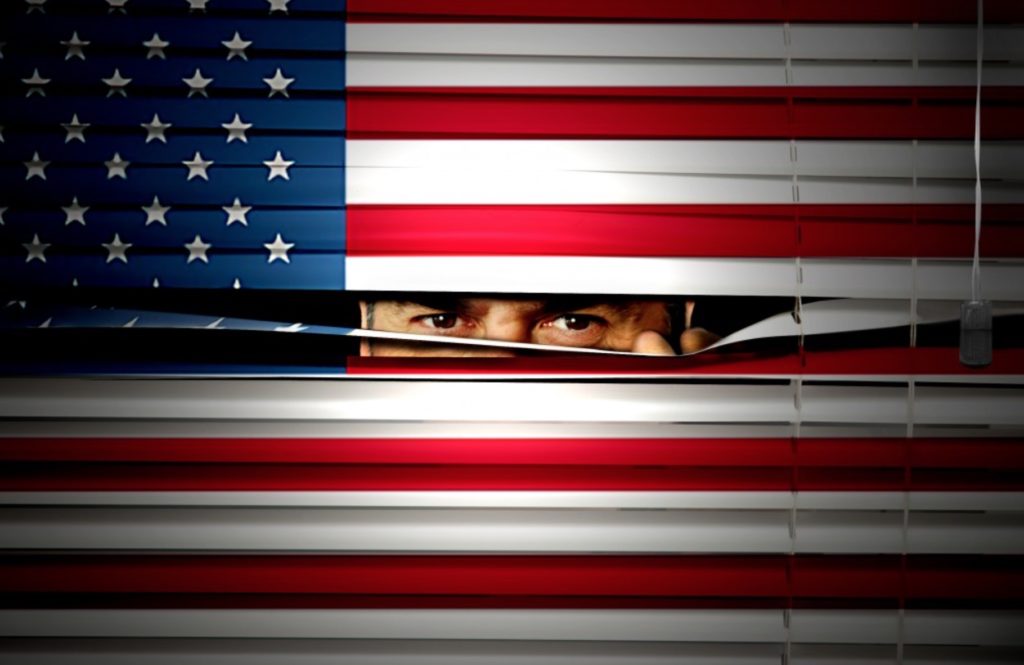 Revelations about the NSA’s programs reveal the extraordinary extent to which the program has invaded Americans’ privacy. I reject the notion that we must sacrifice liberty for security — we can live in a secure nation which also upholds a strong commitment to civil liberties. This legislation ends the NSA’s dragnet surveillance practices, while putting provisions in place to protect the privacy of American citizens through real and lasting change.

Whenever I hear “bipartisan bill,” the first thing that pops into my mind is that classic George Carlin quote:

The word bipartisan means some larger-than-usual deception is being carried out.

Nevertheless, when I looked at the sponsors and some of the language being used with regard to the Surveillance State Repeal Act, it became pretty clear to me that this bill might actually do what it says. While I’m unfamiliar with Mark Pocan, I’m familiar with Thomas Massie as a result of his close relationship with one of the few members of Congress I respect, Justin Amash.

Before discussing the bill in question, some background information is helpful. While the bill appears to have little chance of going anywhere due to the total embrace of fascism within Congressional leadership, its introduction seems in part related to positioning ahead of the expiration of key provisions of the Patriot Act, set to expire on June 1st.

The Hill covered the importance of this earlier in the year. Here are a few excerpts:

In five months, key provisions of the Patriot Act are set to expire, potentially eliminating spying programs that intelligence officials say are critical to keeping the nation safe from terrorists.

The battle over what changes should be made to that law — and whether it should be reauthorized at all — is likely to be an early test of Republican leaders’ ability to keep their party unified while controlling both chambers of Congress.

“I think there is going to be a very inconvenient and strong difference of opinion within the Republican Party about how to proceed here,” said Kevin Bankston, policy director at the New America Foundation’s Open Technology Institute and a supporter of reforms to the spying law.

On June 1, key portions of the Patriot Act that update the 1978 Foreign Intelligence Surveillance Act (FISA) are set to expire. Among them is Section 215, which the National Security Agency (NSA) has used to authorize the collection of bulk records about millions of U.S. citizens’ phone calls.

Section 215 has been highlighted previously here on this site. See:

The program — which collects only “metadata” about people’s calls, such as which numbers were dialed and when, and not actual conversations — was the most controversial part of Edward Snowden’s leaks about the NSA, and has become the prime focus of privacy advocates on Capitol Hill.

But supporters of the NSA are fighting back, and say the debate over phone data has overshadowed the national security imperatives that led lawmakers to empower the agency in the first place.

They say recent world events have helped their case.

Then last week, Speaker John Boehner (R-Ohio) credited the Patriot Act with helping to prevent a terror attack on the U.S. Capitol.

The “attack” Boehner is referring to was completely manufactured by the FBI. It was never a real threat, see:

The fact he is so willing to shamelessly lie in order to maintain surveillance powers is simply incredible.

Critics of the spy agency were quick to question Boehner’s take on the Capitol plot.

The FBI said it relied on Twitter messages and an undercover source to gather information about the suspect, Christopher Cornell — not wiretaps or call records.

Boehner told reporters there was more to the story, but declined to get into details.

So basically Boehner’s argument comes down to “we can’t tell you why we need to spy on you, but trust us.” The fact this clown is the leader of Republicans in the House of “Representatives” tells you all you need to know.

Fortunately, not all members of the House are such slimy liars. The Hill has also reported on the bipartisan bill to dismantle the Patriot Act, known as the Surveillance State Repeal Act. Here are some excerpts:

A pair of House lawmakers wants to completely repeal the Patriot Act and other legal provisions to dramatically rein in American spying.

Reps. Mark Pocan (D-Wis.) and Thomas Massie (R-Ky.) on Tuesday unveiled their Surveillance State Repeal Act, which would overhaul American spying powers unlike any other effort to reform the National Security Agency.

“This isn’t just tinkering around the edges,” Pocan said during a Capitol Hill briefing on the legislation. “This is a meaningful overhaul of the system, getting rid of essentially all parameters of the Patriot Act.”

The bill would completely repeal the Patriot Act, the sweeping national security law passed in the days after Sept. 11, 2001, as well as the 2008 FISA Amendments Act, another spying law that the NSA has used to justify collecting vast swaths of people’s communications through the Internet.

It would also reform the secretive court that oversees the nation’s spying powers, prevent the government from forcing tech companies to create “backdoors” into their devices and create additional protections for whistleblowers.

We should all do whatever we possibly can to move this bill forward, as well as thank Rep. Pocan and Rep. Massie for their efforts.